Noisy Knees? Arthritis May Be in Your Future 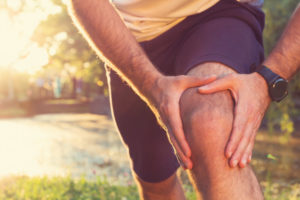 If your knees creak and pop, the noises could be an indicator of early arthritis, even if the joint does not hurt, according to one of the first long-term studies of the association between noisy knees and joint disease.

The new study, which was published this month in Arthritis Care & Research and funded primarily through the National Institute of Arthritis and Muscle-skeletal and Skin Diseases, part of the National Institutes of Health, a group of researchers from the Baylor College of Medicine in Houston and other institutions decided to focus on the long-term health and creakiness of the knees of almost 3,500 participants in the ongoing Osteoarthritis Initiative.

This large-scale, national study has enrolled thousands of adults at risk of developing arthritis because of their age, body mass or other factors. (Being older than 45 or overweight greatly increases the likelihood of knee arthritis.) These men and women have visited a lab annually for at least four years for a knee X-ray and an exam that includes questionnaires about joint pain and how often, if ever, their knees creak, grind and pop.

The researchers now chose records about people who had not yet developed full-on knee arthritis, which the scientists defined as having both frequent knee pain and an X-ray showing bone spurs. People included in the new study could have a spur-riddled X-ray but little or no knee pain or a badly aching knee with a clear X-ray, but not both. The researchers also checked to see whether these people reported instances of crepitus sometimes or often.

Finally, they gathered the same information for a year after someone first had joined the original study and again at the end of four years. Then they compared the state of people’s knees over that time and looked at the associations, if any, with crepitus.

Over all, most people’s knees did not worsen significantly, especially during the first year that someone was in the study. About 18 percent of the studied joints progressed from showing suggestions of arthritis — pain or a worrisome X-ray — to having the full spectrum of both aches and a spur-ridden X-ray.

Many of the people in that 18 percent also had reported having crepitus at the start of the study. The instance was especially large among people whose knees had shown X-ray evidence of arthritis but who had not reported much joint pain. In that group, crepitus was a clanging alarm; the creaks and pops strongly indicated that they would develop more severe knee disease after a year or four.

But that was not true for everyone with crepitus. For some, their knees stayed stable over the years.

The upshot is that the exact nature of the relationship between knee noises and knee health remains enigmatic, says Dr. Grace Lo, an assistant professor of medicine at Baylor who led the study, and it still is not clear what produces those sounds in the joint.

But in general, popping and creaking merit an appointment with your physician, she says, since there was clearly an association in this study between the acoustics of crepitus and the silent, even insidious start of arthritis, which was visible on an X-ray but not yet causing someone pain.

Crepitus, in other words, suggested that there were problems in the joint, even though it did not ache.

The good news …..a proven treatment plan, resolves early arthritis, as we now know it’s an inflammation issue not wear and tear driven.