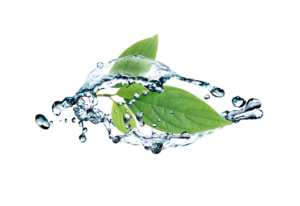 To PURCHASE the “Original 304” Propur Portable Micron Filter System, removing Fluoride, hormones and toxins from any water source….. for
Home or Office…..

Undeniable proof that every time you swallow a mouthful, it’s gradually eroding away your brain. Linked to ADHD, hypothyroidism, and endocrine dysfunction, no one would use it if they knew these facts…
Many people don’t realize it’s an actual drug that wreaks havoc with your thyroid and brain, and weakens your bones. It’s forced upon you, even though the FDA considers its safety unproven.
Fluoridation, the process of adding fluoride to public water supplies in an effort to prevent cavities, has courted controversy since its introduction in the US during the 1940s. Now, the prestigious medical journal The Lancet has published a report that supports what opponents of fluoride have long been arguing. In essence, the journal article pointed to the fact that fluoride is a developmental neurotoxin. Maybe this is why Bemidji, Minnesota have voided Fluoride in their water supply since the early 1990’s.

The peer-reviewed report, which builds off a 2006 study that looked at five potential neurotoxins, now adds fluoride to the list of harmful environmental pollutants. [1] In fact, fluoride is listed alongside such well-known hazards as lead, mercury, and arsenic. Developmental neurotoxins at high enough levels can cause developmental disorders and are particularly hazardous to fetuses and young children whose brains are still developing. Dr. Philippe Grandjean and Dr. Philip J. Landrigan, the authors of the study, are advocating for a global prevention strategy to control what they call a “pandemic of developmental neurotoxicity.” They also believe that there are still undiscovered industrial neurotoxins and state that chemicals that have not been tested for neurotoxicity should not automatically be presumed safe for brain development.

In addition to the fluoride warnings published in the journal, a recent meta-analysis from Harvard found a correlation between fluoridated water and low IQ scores in children who grew up in the most fluoridated areas. Other studies have linked fluoridation to certain types of cancer. Again, these are mere correlations, but they are consistently strong and warrant further investigation. Mandatory fluoridation has been banned in many countries across the world, including most of Europe, where the addition of chemicals to the public water supply is generally viewed as unethical, especially when there is no significant health benefits. However, fluoride is still commonly added to the public water supplies of most of North America.

What Can You Do?

A high-quality water filter installed in your home can help eliminate, or at least reduce, the amount of fluoride you and your family are exposed to on a daily basis. Also, write a letter to your local government officials relaying your concerns over the fluoridation of the public water supply. Educate yourself first to see if your city’s water is fluoridated.
If you’re looking for more information about the dangers of fluoride.
See the documentary online …. “Fluoride: Poison on Tap”
It really explains the magnitude of the fluoride situation.

1. Dr. Philippe Grandjean, MD, Philip J. Landrigan, MD. “Neurobehavioural effects of Developmental Toxicity”  The Lancet Neurology, Volume 13, Issue 3, Pages 330-338, March 2014. doi: 10.1016/S1474-4422(13)70278-3.
The United States is one of the only developed countries that fluoridates their citizens’ drinking water.
The countries of the world do not because they fully realize that adding a known poison to your population’s water supply is probably not a good idea.
Even in North America, water fluoridation has come under increasing scrutiny; since 2010, more than 75 US and Canadian communities have voted to end water fluoridation, and the issue is heating up as more and more people begin to demand water that does not expose them to this highly toxic industrial waste product.

1. Most Developed Countries Do Not Fluoridate Their Water
More people drink fluoridated water in the US alone than in the rest of the world combined. In Western Europe, for instance, 97 percent of the population drinks non-fluoridated water.
2. Fluoridated Countries Do Not Have Less Tooth Decay Than Non-Fluoridated Countries
According to the World Health Organization (WHO), there is no discernible difference in tooth decay between developed countries that fluoridate their water and those that do not. The decline in tooth decay the US has experienced over the last 60 years, which is often attributed to fluoridated water, has likewise occurred in all developed countries (most of which do not fluoridate their water).
3. Fluoride Affects Many Tissues in Your Body Besides Your Teeth
Many assume that consuming fluoride is only an issue that involves your dental health. But according to a 500-page scientific review, fluoride is an endocrine disruptor that can affect your bones, brain, thyroid gland, pineal gland and even your blood sugar levels.2
There have been over 34 human studies and 100 animal studies linking fluoride to brain damage,3 including lower IQ in children, and studies have shown that fluoride toxicity can lead to a wide variety of health problems, including:
Increased lead absorption  Disrupts synthesis of collagen  Hyperactivity and/or lethargy  Muscle disorders
Thyroid disease  Arthritis  Dementia  Bone fractures
Lowered thyroid function  Bone cancer (osteosarcoma)  Inactivates 62 enzymes and inhibits more than 100  Inhibited formation of antibodies
Genetic damage and cell death  Increased tumor and cancer rate  Disrupted immune system  Damaged sperm and increased infertility
4. Fluoridation is Not a “Natural” Process
Fluoride is naturally occurring in some areas, leading to high levels in certain water supplies “naturally.” Fluoridation advocates often use this to support its safety, however naturally occurring substances are not automatically safe (think of arsenic, for instance).
Further, the fluoride added to most water supplies is not the naturally occurring variety but rather fluorosilicic acid, which is captured in air pollution control devices of the phosphate fertilizer industry. As FAN reported:
“This captured fluoride acid is the most contaminated chemical added to public water supplies, and may impose additional risks to those presented by natural fluorides. These risks include a possible cancer hazard from the acid’s elevated arsenic content, and a possible neurotoxic hazard from the acid’s ability–under some conditions–to increase the erosion of lead from old pipes.”
5. 40% of American Teenagers Show Visible Signs of Fluoride Overexposure
About 40 percent of American teens have dental fluorosis,4 a condition that refers to changes in the appearance of tooth enamel that are caused by long-term ingestion of fluoride during the time teeth are forming. In some areas, fluorosis rates are as high as 70-80 percent, with some children suffering from advanced forms.
It’s likely this is a sign that children are receiving large amounts of fluoride from multiple sources, including not only drinking water but also fluoride toothpaste, processed beverages/foods, fluoride pesticides, tea, non-stick pans and some fluorinated drugs. So not only do we need to address the issue of water fluoridation, but how this exposure is magnified by other sources of fluoride that are now common.
It’s also important to realize that dental fluorosis is NOT “just cosmetic.” It can also be an indication that the rest of your body, such as your bones and internal organs, including your brain, have been overexposed to fluoride as well. In other words, if fluoride is having a visually detrimental effect on the surface of your teeth, you can be virtually guaranteed that it’s also damaging other parts of your body, such as your bones.
6. For Infants, Fluoridated Water Provides No Benefits, Only Risks
Infants who consume formula made with fluoridated tap water may consume up to 1,200 micrograms of fluoride, or about 100 times more than the recommended amounts. Such “spikes” of fluoride exposure during infancy provide no known advantage to teeth, but they do have plenty of known harmful effects.
Babies given fluoridated water in their formula are not only more likely to develop dental fluorosis, but may also have reduced IQ scores. In fact, a Harvard University meta-analysis funded by the National Institutes of Health (NIH) concluded that children who live in areas with highly fluoridated water have “significantly lower” IQ scores than those who live in low fluoride areas.5 A number of prominent dental researchers now advise that parents should not add fluoridated water to baby formula.
7. Fluoride Supplements Have Never Been Approved by the FDA
The fluoride supplements sometimes prescribed to those who are not drinking fluoridated water have not been approved by the US Food and Drug Administration (FDA) for the prevention of tooth decay. In fact, the fluoride supplements that the FDA has reviewed have been rejected.
“So with fluoridation, we are adding to the water a prescription-strength dose of a drug that has never been approved by the FDA,” FAN noted.
8. Fluoride is the Only Medicine Added to Public Water
Fluoride is added to drinking water to prevent a disease (tooth decay), and as such becomes a medicine by FDA definition. While proponents claim this is no different than adding vitamin D to milk, fluoride is not an essential nutrient. Many European nations have rejected fluoride for the very reason that delivering medication via the water supply would be inappropriate. Water fluoridation is a form of mass medication that denies you the right to informed consent.
9. Swallowing Fluoride Provides Little Benefit to Teeth
It is now widely recognized that fluoride’s only justifiable benefit comes from topical contact with teeth, which even the US Centers for Disease Control and Prevention (CDC) has acknowledged. Adding it to water and pills, which are swallowed, offers little, if any, benefit to your teeth.
10. Disadvantaged Communities are the Most Disadvantaged by Fluoride
Fluoride toxicity is exacerbated by conditions that occur much more frequently in low-income areas. This includes:
• Nutrient deficiencies
• Infant formula consumption
• Kidney disease
• Diabetes